I’m just a Mum, who has read a bit about ASD out of necessity! Don’t take this as an expert opinion, take it just as mine…

Autism Spectrum Disorder (or Difference as many prefer to think of it) can look as unique as each person is unique. Thinking of it as a spectrum of differences within which each individual with ASD finds themselves, perhaps at different locations within it at different times or ages, and each location on the spectrum having strengths and weaknesses that weave in and out of personality and environment means that as you have probably heard – if you have met one person on the spectrum, you’ve met one person on the spectrum! 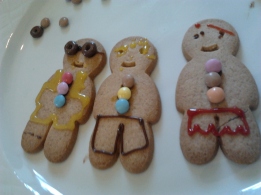 It is really not helpful for me and my family to use the word ‘spectrum’ and assume ‘we’re all on it somewhere’ – there are distinct differences for those who have an ASD, which bring very real struggles, misunderstandings, anxieties, and difficulties; and these differences stay for life, so even if coping strategies have been able to be painstakingly learnt, and patterns of conversation and body language have been studied and memorised these differences mean that social interaction, communication and working with others will always be exhausting and daunting, or for some, impossible. I also don’t like to think of it as a rainbow shaped spectrum which seems to inevitably lead to ‘more or less’, ‘mild or severe’ thinking and language; I visualize it more of a circular, colourful spectrum which is more fluid than a rainbow shape with its beginning and end would suggest – but maybe that’s just me!!

These differences come in three areas:

Social communication differences – body language and facial expressions are a foreign language that has to be learnt, which is tricky as there are infinite variations; have you noticed how different everyone’s smile looks? And just what is it that changes to make eyes ‘sad’ or ‘happy’? It is the same for tone of voice, the way my girls hear it (for example not picking up on impatience & frustration in someone’s voice, and then being really shocked when someone crossly shouts, seemingly with no warning) and use it shows me they just don’t translate it in the instinctive way most of us do.

The other big difference here can be difficulty understanding language that is not used literally (difficulty because the literal meaning of the words always comes first without thought of other possibilities, but also difficulty in understanding and accepting why anyone would choose to use language this way when its not what they mean) – you know, phrases like ‘out of the blue’, ‘in a minute’, ‘under the weather’; they can be explained (in fact we found it helpful right from an early age to use proper terms for them… idioms, metaphors, similes – it somehow helped to put them into a category which gradually became a familiar concept) but we find they need explaining every time, out loud, even if after a while it is the girls who offer the explanation themselves.

Social behaviour differences – lots of people seem to think this area of difference means anti social, uninterested or unable to have friends, we don’t see it that way at all; though there are definite differences in how friendships seem to work! There are also difficulties understanding social expectations and rules of etiquette. The way we as a society adjust how we speak (and what we speak about) and act depending on context, or how we may speak differently to our parents, or to a boss or to our close friends is difficult to pick up on, and isn’t something that just happens – it has to be accepted as necessary and learnt. 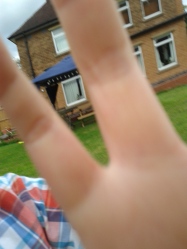 Just as body language is hard to read for someone with an ASD, it is also not easy to use, so gestures and facial expressions may not always be what people would expect, and might not always match what is being communicated in words, and it is the same with tone of voice. Another key difference which impacts social behaviour is eye contact; either being unable to make eye contact at all, making eye contact but sometimes for too long, or too intensely and sometimes because of missing social cues at inappropriate moments or in an inappropriate way. T sometimes puts her hands on my face turns it firmly to face hers and thoroughly examines my eyes while she is talking to me… I suppose at first glance this could look like eye contact but it is certainly a little different from what we expect when we chat with people!

There are also differences in the way personal space is understood and perceived, so physical interactions can be different – sometimes this comes across as awkward, sometimes inappropriate, sometimes simply as reserved or painfully shy. For many with an ASD sensory differences have an impact here as well; for some being touched in any way – even a hug – is very difficult, and brushing against people in crowds or furniture in busy spaces can be equally challenging.

soft or scratchy teddy? fun or nails on a blackboard balloons?

The sensory, which affects most people with an ASD, either because of hypersensitive or hypo-sensitive senses (all 5 and the vestibular sense – knowing where we are in relation to the ground and the space we’re in) have a huge impact on behaviour. This is not simply a preference; for example if hypersensitive to sounds, being in a space with repetitive, or too loud, or difficult frequency sounds is physically painful – not just a bit, hands go onto ears and an exit is hunted for, sometimes it helps to make a loud sound to ‘take control of the sounds’. It is as impossible as if I were asked to sit calmly and join in a coffee morning on a runway as a plane takes off above my head. This could be the same with smells, flickering lights, contrasting lights, certain textures, unfamiliar spaces, colours, the ‘hum’ from lights and computers. It is nearly impossible to cope socially when also dealing with the sensory if it is reaching overload, it has a painful physical effect and of course brings a huge amount of distress.

Social imagination differences – please don’t interpret this as ‘no imagination’, far from it! Both my girls can be lost in elaborate and wonderful imaginary world’s for days at a time… But they struggle to share the process; if I were to offer a suggestion as to how the story unfolds, or speak words I have thought of myself for the character I have been asked to play it almost always gets ignored, overridden or worse it causes such confusion and anxiety that an aggressive meltdown or a shutdown is inevitable. This can have a big impact on play, and also on group work in a school context, and thinking  ahead collaboration in the workplace.

For some people with an ASD their play may be more about organising, grouping, categorising and collecting than it is about lots and lots of different imaginary scenarios. For my girls the imaginary is key, but it is often very similar scenarios being played out again and again – and the way of ‘doing it’ in each game is fairly fixed. Playing similar scenarios over and over also feeds in and out of very particular areas of intense interest which they love finding out all sorts of facts about, and collecting things about. For both of them a lot of their play also concentrates on sorting, grouping and organising (one of their favourites is playing school with groups of marbles or balls, where they become pupils in their classes and get lined up and taken to different ‘lessons’, and then out on trips in buses; at the moment T also plays a lot in this way with her princess figures that get continually put into groups depending on the colour of their dresses or their hair).

There is also a difference in understanding other people’s thoughts, feelings and therefore actions. Difficulty in accepting or expecting that they could be different from their own, and then of course difficulty interpreting them. This sometimes shows itself in T simply not accepting that I have to check and arrange when a friend is free to come and play – ‘but they are not at school, I am not at school’, ‘yes but they might be doing something like swimming, or homework’, ‘they won’t be, I’m not’… etc, etc. The type of conversation may change as they get older, but it still seems to be a secondary thought (usually after prompting) that someone else might not feel or think the same way as me, so they may do something differently.

As well as these three large areas of differences, ASD almost always has some additional difficulties that seem to go hand in hand with ASD but can be a diagnosis all their own without ASD too – some of these could be:

As I said as I began this page, I’m just a Mum who has read a bit – and still needs to keep reading & learning about ASD. To find out more information (and to check whether what I think fits with what experts say!) a good place to start is the National Autistic Society (http://www.autism.org.uk/).

Minister in the Church of England,
Mum of three,
Vicar's wife,
& writer of children's books...

find out about my books: clearly nurturing publishing 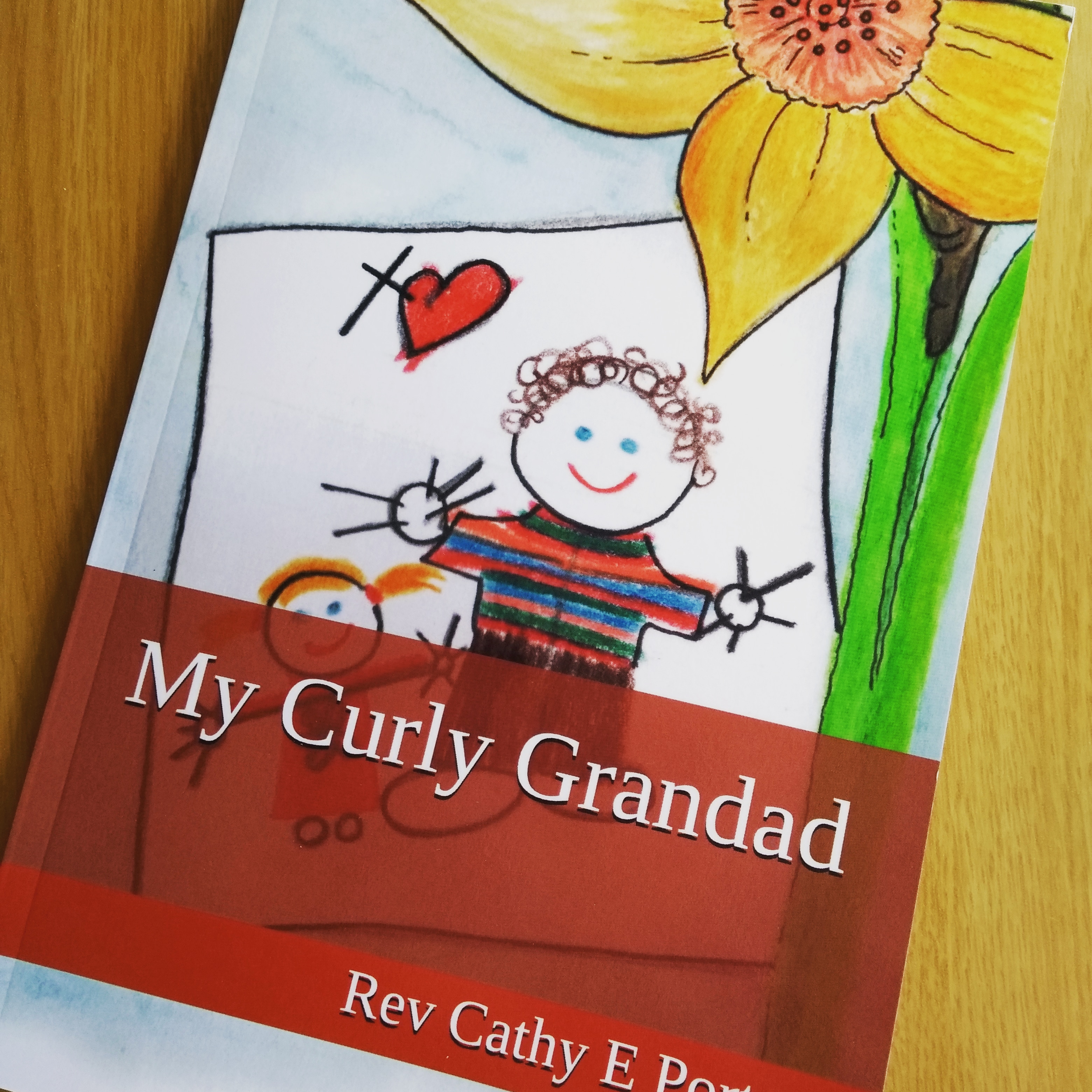